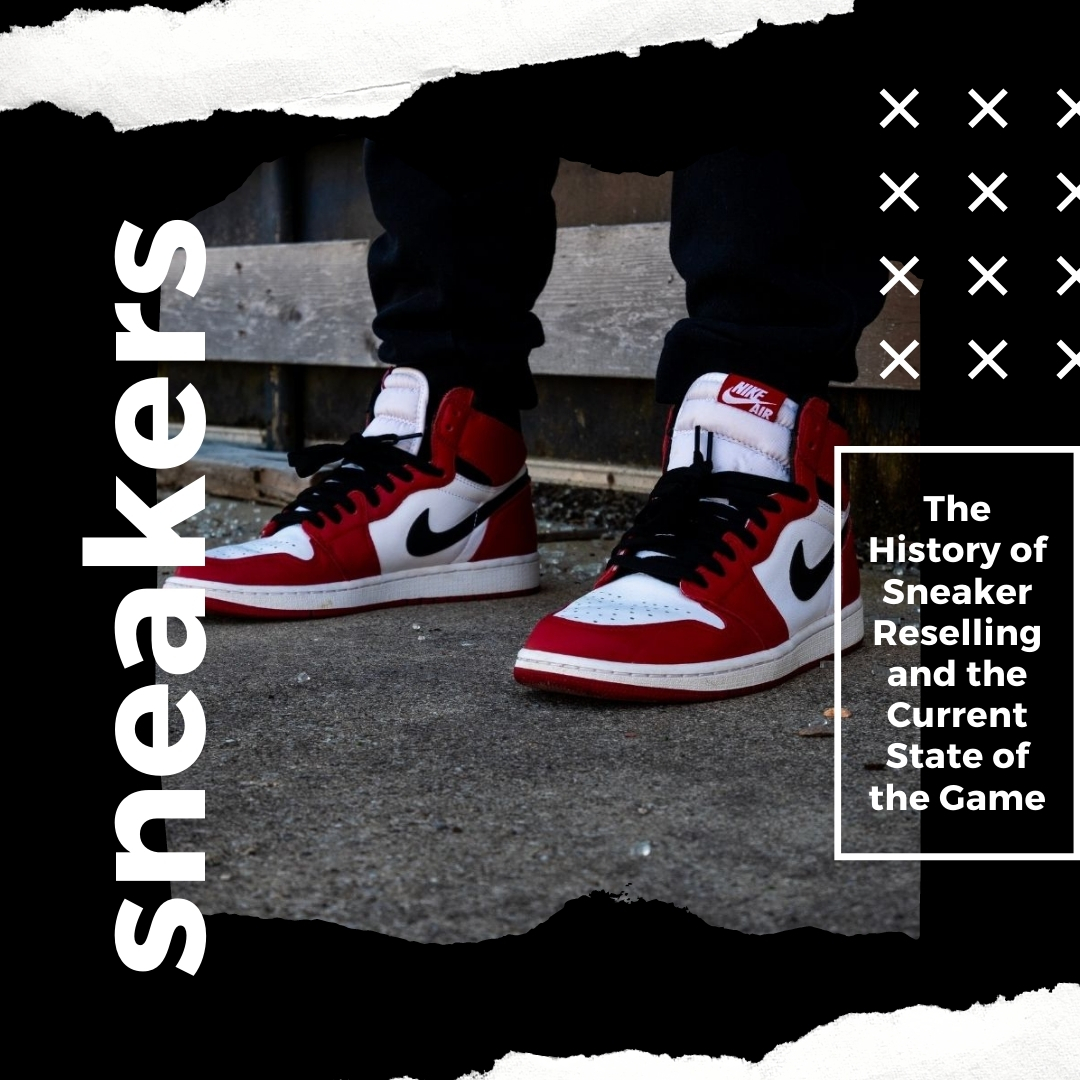 The sneakers that we wear are more than just a utility to protect our feet. They are a work of art, and an expression of who we are as individuals. The culture surrounding sneakers became popular in the mid 1980’s with brands such as Nike, Adidas, and Reebok. Sneakers transformed into a symbol of status and changed the landscape of the industry forever!

In 1984, professional basketball star Michael Jordan secured a contract to collaborate with Nike. This was the birth of Air Jordan; which, is considered by many to be the “grandfather” of sneakers today. Why was this significant? Jordan’s sneakers created hype. Jordan was the best player in the NBA and therefore, consumers wanted to rock what MJ was rocking! They would go to great lengths to secure the next coveted colorway at all costs. The Jordan sneaker brand became so successful, that competitors such as Reebok and Adidas tried to recreate silhouettes that were similar but couldn’t compete with the success of the Jordan brand. They say that imitation is the best form of flattery!

The influence of sneakers was growing into industries nobody had ever imagined. Their impact could be viewed in industries of design, research, politics and manufacturing across the world. This is where the culture of sneakers met big business; A.K.A, the resale culture. Customers began camping outside of stores before the next release, just to ensure they would be able to get their hands on the next pair of deadstock kicks for retail price.

Sneakers are a reflection of who you wanna be, who you believe you are and where you come from.

A sneaker reseller is simply a person who purchases limited edition pairs of deadstock sneakers and sells them for a profit to another consumer. To a sneakerhead there is nothing better than a deadstock pair of limited release sneakers. If kept in the box, their value appreciates. The moment sneakers are worn, their value depreciates significantly. Similar to when you purchase a new car from a dealership and drive it off of the lot. Part of the fun in collecting and reselling sneakers, aside from the monetary profit, was the thrill of going to great lengths to get them! This period in history only made the sneaker community stronger.

In the early 2000’s resellers began to use the internet to their advantage. Forums such as ‘Nike Talk’ as well as many others became a platform for resellers and consumers alike, to buy, sell, trade, and verify authenticity of their products. In the late 2000’s the game was changed in a massive way. Various IRL meetups were organized for sneakerheads to attend and purchase the pair of sneakers that they’ve searched far and wide for but couldn’t get their hands on yet. Most notably, in 2009, Sneaker Con was born. Sneaker Con became the largest sneaker event to date. The event began in NYC and since then has expanded globally. The birth of social media only added to the ease of access for publicizing events such as Sneaker Con. The money in the resale market was booming at this time! Resellers were making insane amounts of profits from what started as a hobby; in some cases, to the point where reselling provided enough to be a full-time job.

Since the Late 90’s and 2000’s much has changed. The sneaker culture is still alive and well; however, the mediums through which buying, and selling is completed is vastly different. The sneaker resale market continues to grow and is currently estimated to be a $2 Billion industry. Future projections estimate the industry to grow ~3x by 2025. Resellers have changed their strategies drastically to align with the present times. Selling a limited-edition pair or part of their personal collections is a thing of the past. StockX, GOAT, Grailed, Stadium Goods, and many others have created platforms for resellers to purchase sneaker releases in high volumes. The sneaker game has certainly evolved over the years, with the new model for buying and selling sneakers being more expensive than ever. As long as consumers continue to be willing to pay a premium, the game will never die.